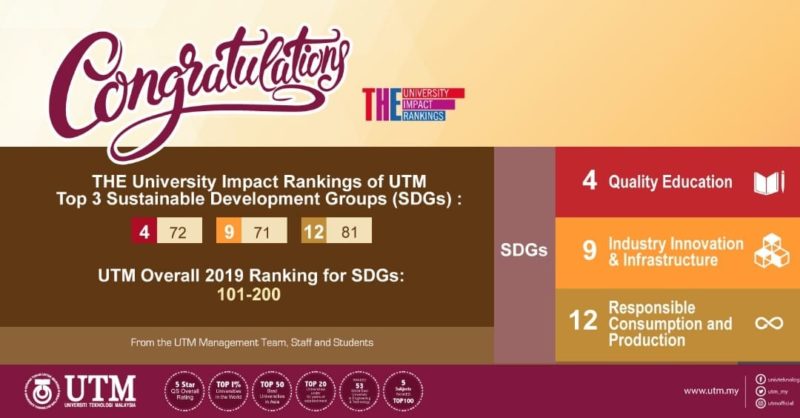 The ranking offers new insights on universities’ work towards gender equality, climate action and sustainable cities and communities among other areas.

According to THE, the 12 league tables include an overall ranking and 11 tables on individual SDGs – featuring 551 universities from 80 countries across 17 regions and six continents.

UTM was the third among 11 Malaysian universities ranked in the Times Higher Education (THE) Emerging Economies University Rankings 2019 with Universiti Malaya (UM) ranked at  No. 18, Universiti Teknologi Petronas (UTP) at No. 60 and UTM at No. 86.

In the latest inaugural THE University Impact Rankings 2019, UTM was third among eight Malaysian universities listed after Universiti Sains Malaysia (USM) and Universiti of Malaya (UM). 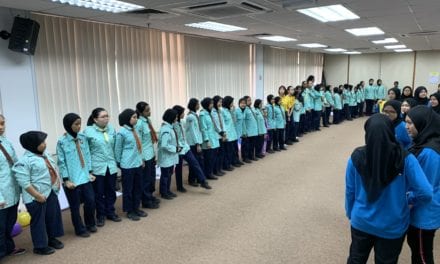 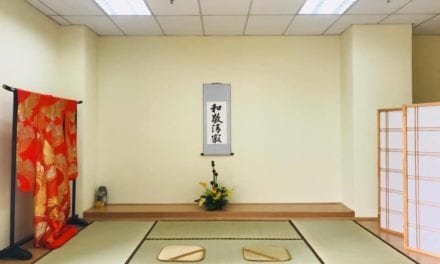