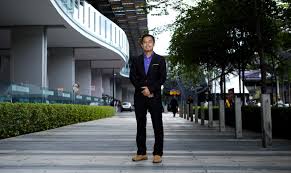 The Malaysian-Japan International Institute of Technology (MJIIT) of Universiti Teknologi Malaysia (UTM) has carved a unique history when one of its graduates was appointed as a Director in a Japanese company.
UTM Alumni, Abdul Hakim Sahidi has been promoted to the position of Director at Leave a Nest Malaysia Sdn. Bhd. effective from October 13th 2018 thus making him the very first locals appointed to the company key position.
A holder of Bachelor of Electronic System Engineering from MJIIT, Abdul Hakim joined the company in September 2016 together with his UTM companion, Fatin Ilyani, graduate of Electrical Engineering from the same alma mater.
Later in July 2017, Leave a Nest welcomed another two new members making it four Malaysians in the office. With this new and fresh workforce, the company expanded its knowledge platform to 20 schools, 13 universities, six corporations and 11 government agencies in the network.
A Japanese based company, Leave a Nest Malaysia was established on 14th October 2013 by Dr. Kihoko Tokue (Currently Director of Leave a Nest Malaysia as well as Managing Director of Leave a Nest Singapore Pte.Ltd.) with the vision of “Advancing Science and Technology for Global Happiness” from Malaysia.
The Leave a Nest company specializes in transferring programs originated in Japan which is suitable for local needs. In addition, an abundant nature in this country provides a great opportunity to create educational programs based on nature and wildlife for local children as well as for the whole world.
Before being appointed as Director, Abdul Hakim served as Head of Strategy Development Division for two years at the same company and had contributed significantly in getting local partners in Malaysia.
Due to this promotion, Abdul Hakim has carved a unique history of becoming the youngest Director in Leave a Nest Group at 26 years old with a service length of only two years with the company.
With the appointment of Abdul Hakim as the new local director, Leave a Nest Malaysia is expected to expand the networks and strengthen the partnership with local schools, universities, corporate organizations and government agencies. 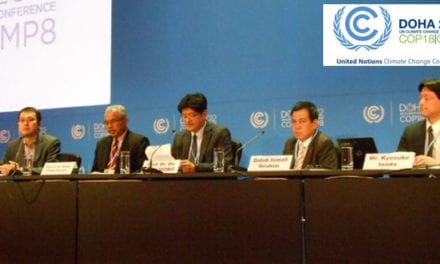