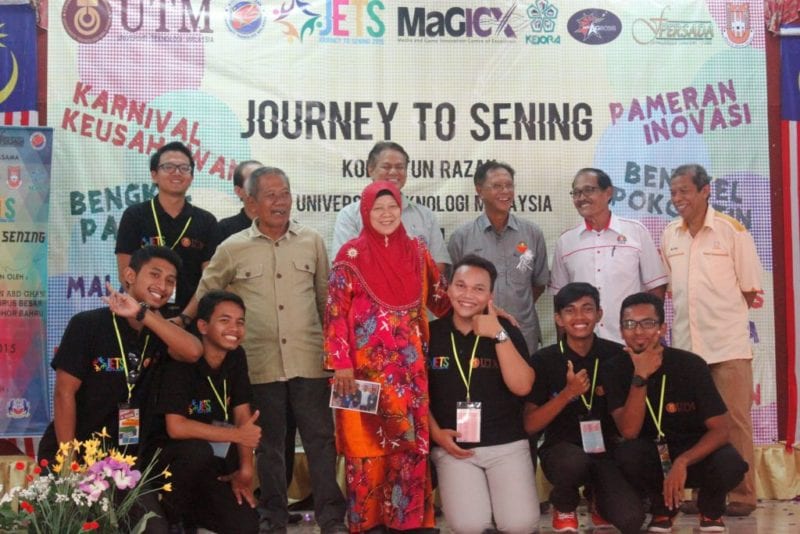 KOTA TINGGI, 7 May 2015 – Students from  Kolej Tun Razak (KTR), Universiti Teknologi Malaysia (UTM) were involved in a community service program called Journey to Sening (JETS) 2015.
The three-day programme, from 7 to 9 May 2015, was held at Felda Sening and was launched by the Felda General Manager for Johor Bahru Southern Region, Mohd Nizam Abd. Ghani.
Deputy Director of the Programme , Siti Aishah Abdul Rahman said that among the programmes conducted include the adoption of UTM students by Felda settlers involving 70 members of the JETS 2015 Committee Members and 25 settlers’ families.
“In this adoption programme, UTM students will spend the night at the home of their host family and assist in their daily chores,” she said.
Other activities such as Futsal, Carnival Entrepreneurship, and a talk on the Islamic State of Iraq and Syria (ISIS), were also held to provide more beneficial input to the local community.
“On the second day, we conducted a community service programme at Sekolah Agama Felda Sening, where we assisted the pupils of this school in painting murals and painting the school furniture.
“We also conducted a ‘Science is Fun’ workshop, which involved Sekolah Menengah Kebangsaan (SMK) Adela pupils. The workshop involved running science experiments to arouse students’ interest in this subject,” she said.
An exhibition showcasing UTM’s Research and Development (R&D) innovation was also held on the last day, with the participation of several parties from UTM including the Media and Game Innovation Centre of Excellence (Magic-X) by UTM-IRDA Digital Media Centre, Institute of Bioproduct Development (IBD), and UTM Flight Simulation by the Faculty of Electrical Engineering.
The closing ceremony was graced by the State Assemblyman of Tanjung Surat, Yang Berhormat Ir. Dato ‘Syed Sis Syed A. Rahman. Also in attendance was the Deputy Vice-Chancellor of Student Affairs and Alumni, Prof. Dr. Mohd Ismail Abd. Aziz. 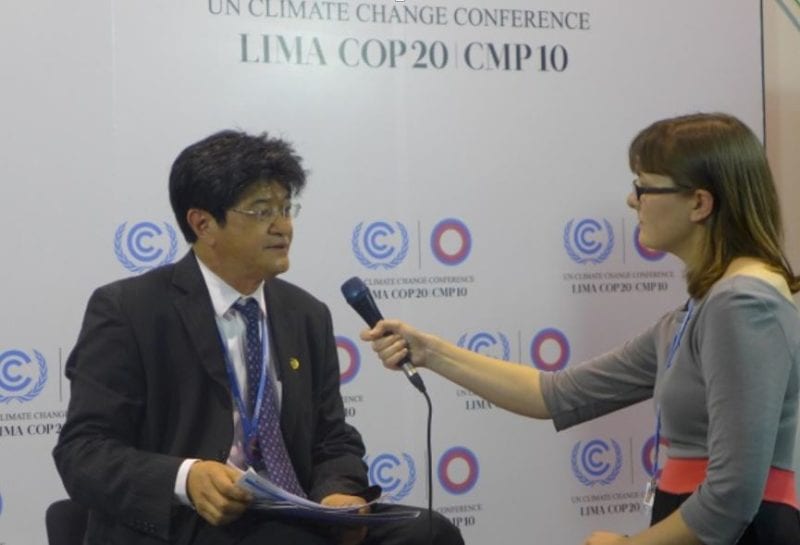 Leading Climate Change Research in Malaysia: The Road to Lima 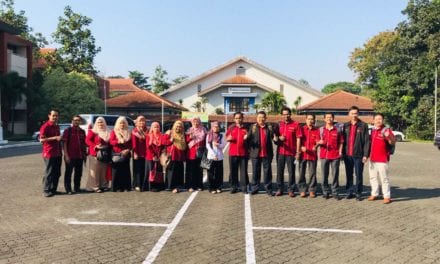 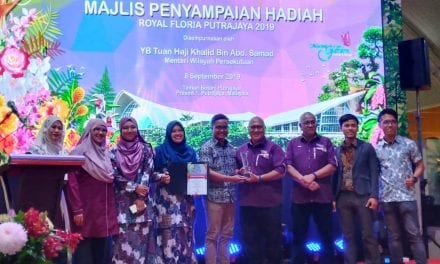 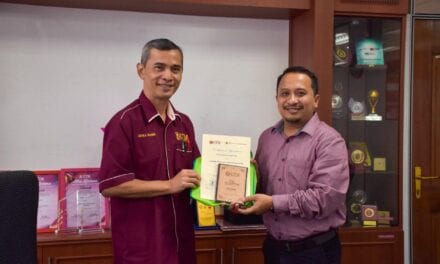 Sharing and Discussion Session between Faculty of Science and iHumEN UTM