Throughout  the COVID-19 pandemic , the Office of Student Affairs Universiti Teknologi Malaysia (UTM) Kuala Lumpur together with Pusat Islam and the Faculty Social Sciences and Humanities (FSSH), had launched their first debate competition from 21st November until 22nd November 2020 through the Webex online platform.

There were two categories of the competition which were debate in English version and debate in Bahasa Melayu version. Before the competition, the students involved had a debate coaching session with several lecturers.

Only seven minutes were given by the panels and students needed to present their compulsory debate with text and then spontaneous debate. There were many actions and styles showed by the debaters which attracted many viewers. A lot of people asked if those points debated came from UTM KL students. They made powerful arguments and demonstrated strongly held, well-thought-through positions. 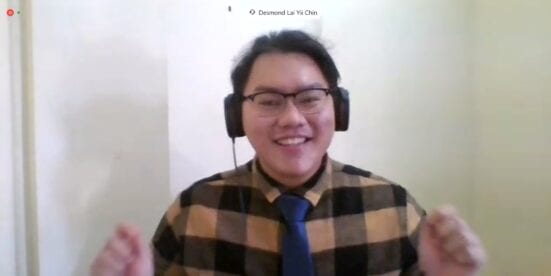 Divided into four groups for English and Bahasa Melayu, students presented topics of current issues that were given by the Office of Student Affairs UTM through a one-day session with other debaters before the competition began.

Perhaps this debate competition could help students to build their confidence level to speak in public and express their feelings in the right way. In addition, it also aimed to encourage more youth to take part in future debate sessions for students’ development especially in general knowledge, critical thinking and oratory skills in English.

Here is the list of all winners of the debate competition.

Congratulations from us at the Office Of Student Affairs UTM KL!