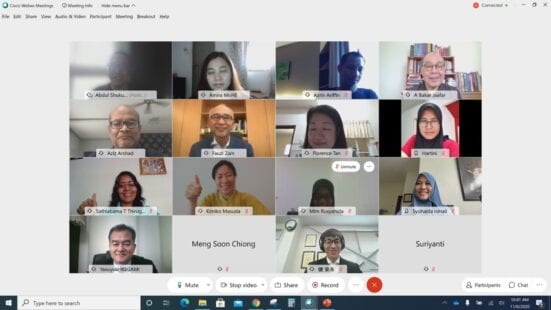 Due to the current COVID19 pandemic, which the country has been under the Movement Control Order (MCO) since 18 March 2020, this project that is scheduled to be completed within next four (4) years, has to be extended for another year, to until 31 March 2025 in Japan, and 30 June 2025 in Malaysia. The Project Group has expressed their request for this proposed extension during an online meeting on 10 November 2020 with the Research Excellence Division, Ministry of Higher Education Malaysia (MoHE). Also present in this meeting was a representative of JICA from Kuala Lumpur Office.