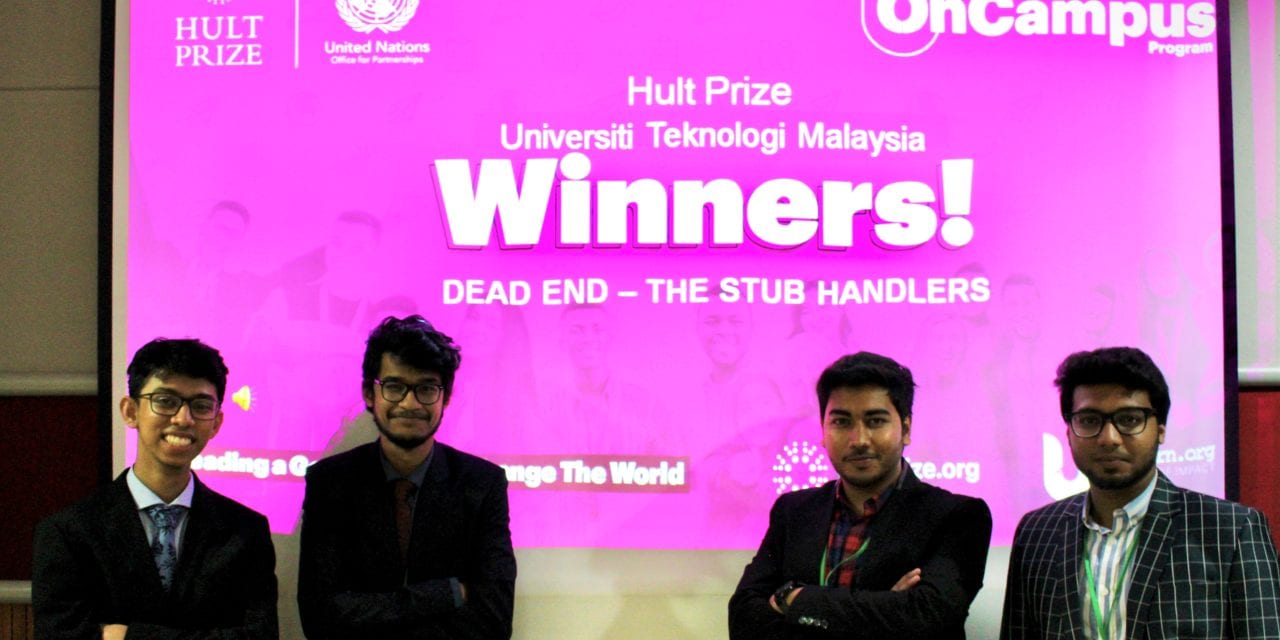 On the 13th of December 2019, Universiti Teknologi Malaysia (UTM) hosted its very first Hult Prize On-Campus finals. Hult Prize is the largest youth movement started by the Hult International Business School with the collaboration of the United Nations Foundation to solve pressing social challenges through business. The Hult movement aims to create the next wave of social entrepreneurs amongst youths. Regarded as the “Nobel Prize of Students”, Hult Prize has won numerous awards and recognitions including TIME Magazine’s Top 5 Ideas Changing The World. The Hult Prize consists of four (4) stages namely the On-Campus Finals, Regional Summits, Global Accelerators, and UN Global Finals, where the winning team at the UN Finals will be awarded a grand sum of USD 1 million in seed capital to launch their own startup business.

The local edition of the international for-good for-profit programme was organized with the help of UTMXCITE after the campus director, Nisha Veloo, received a formal invitation by the Hult Prize Organization to host UTM’s very own on-campus event. 17 teams of both UTM Kuala Lumpur and UTM Skudai campuses showed interest in the Hult On-Campus Programme, but only six teams qualified and attended the on-campus finals held in Dewan Seminar Menara Razak, UTMKL. 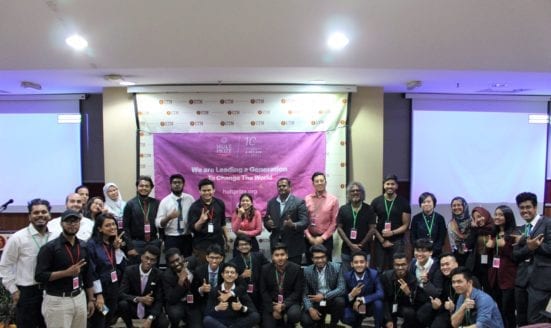 Photography session with all the judges, organizing committee members and competitors of the on-campus finals.

In the end, team Dead End (mentored by Dr. Ramesh Zaidi) emerged as the UTM on-campus winner, followed by team Dark Mist and team Wastelife. Team Dead End will be representing Malaysia in one of the 20+ Regional Summits in March 2020 and is one step closer to winning USD 1 million in seed capital.

Overall, the event was a success thanks to the judges who have wholeheartedly accepted the invitation, mentors, organizing committees and participants. The Hult Prize On-Campus @ UTM Finals was a great platform for students to come up with creative and innovative startup ideas to venture into the business world. 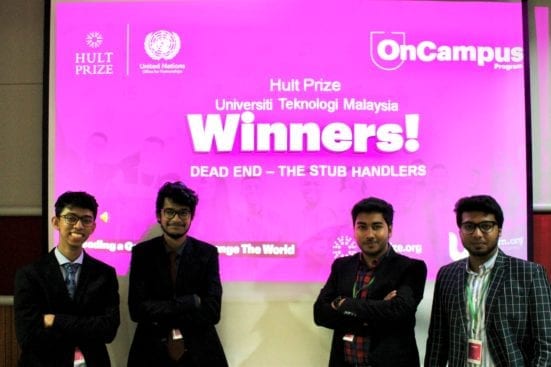 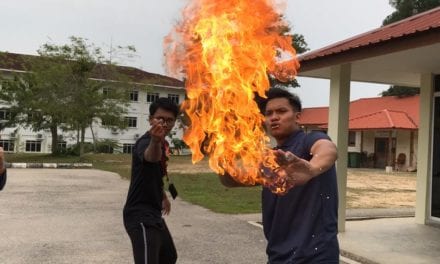 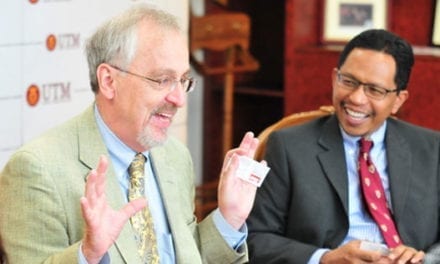 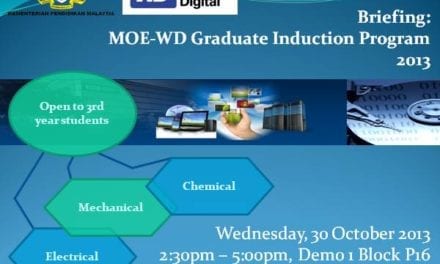