After 350 KM and 5 days of unrelentless competiton, a team of 4 representing UTM persevered and came in 2nd place winners of the English Speech category. The Modern Language Olympiad hosted by UiTM Shah Alam was the first of its kind in Malaysia and brought over 400 competitors from not only Malaysia but even Indonesia and Egypt. The categories that the Olympiad hosted were Speech, Versatile Presenting, Idea Pitching, Radio Drama and Strategic Storytelling in English, Malay and Arabic. 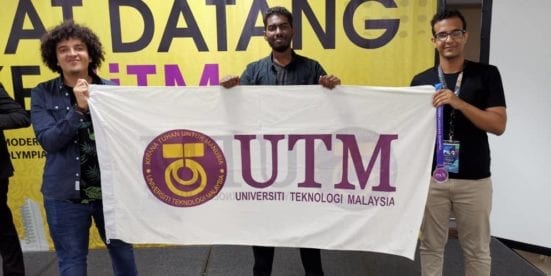 MLO was based around the theme ”Celebrating Youth, Language and Culture” 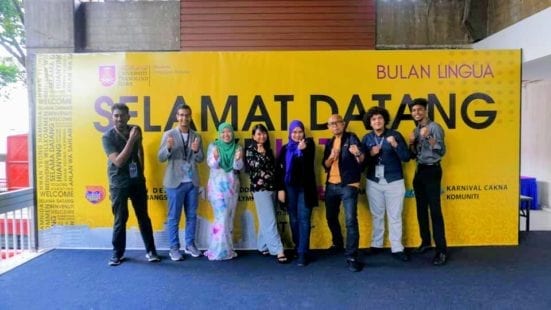 The chronological order of events is as follows:

Participants were required to deliver a prepared speech based on the theme ‘Celebrating Youth, Language and Culture’

UTM participating for the first time in MLO had 4 representatives for the English Speech Category namely Ibrahim, Mohammed Nasser, Josiah Jeevanraj and Nizar Haider. Along with the participants were Dr. Farhana, Dr. Nina and the media team consisting of Mrs. In and Mr. G from the Language Academy. Dr. Nina and Dr. Farhana trained the competitors by giving them valuable feedback while complimenting their talents. The media team made sure  The Preliminary Rounds kicked off and the entire team performance was exemplary. UTM was the only team of 4, amongst other worthy competitors such as UM, to advance to the Semi Finals with all its members! 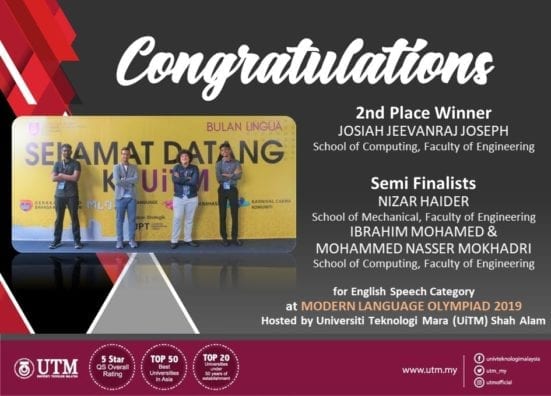 Three of the semi finalists were Toastmasters and strongly believed that joining the UTM ACES Toastmasters Club helped them hone their public speaking skills and helped provide them with this opportunity.