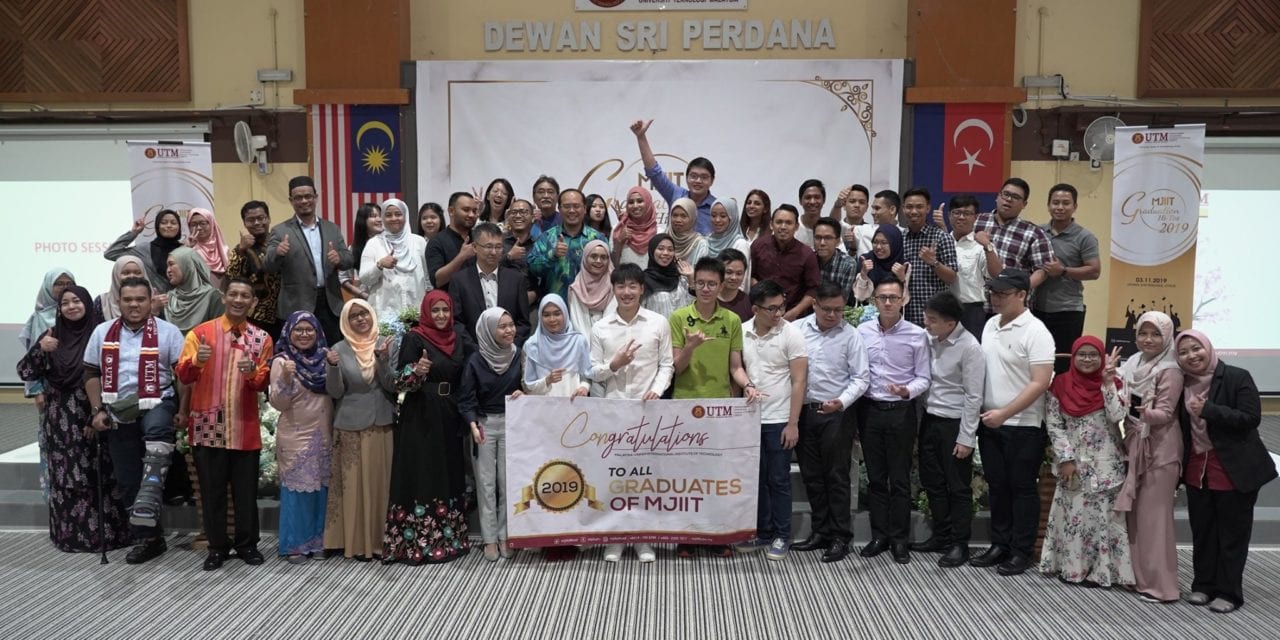 3rd November 2019, Johor Bahru- The first week of November was a week of celebration for the Malaysia Japan International Institute of Technology (MJIIT) Universiti Teknologi Malaysia (UTM) graduates. Families and friends gathered at UTM Johor Bahru campus to celebrate the achievements of their loved ones.

MJIIT wishes to share these moments in an album and montage (which was aired at the Hi-Tea event) as a memorable token to all who have worked hard and made meaningful sacrifices, through thick and thin, throughout their years at MJIIT UTM.

It is worth noting that in only a few years of its establishment, MJIIT UTM has supplied close to 200 graduate human capital to world renowned Japanese companies.

To illustrate, 23 graduates of the 2018 batch are now attached to a number of Japanese companies in Japan, i.e. NSK, Nitto-Denko, Sumitomo Electronics, Kumonosu, Meiden-sha, UACJ, Daido-Metal, Kitz, Asahi-Yukizai, Railway Research, Hirakaya-Hyutech, SMK, Eagle Insutry and Shinei. 52 students from the same batch are attached to Japanese companies in Malaysia, 67 are attached to various MNCs around the country, 38 with the public sectors and 25 of the same batch are continuing their studies at the postgraduate level.

This success demonstrates the high marketability of MJIIT graduates and the academic quality of this faculty in producing holistic and competitive graduates to build successful careers after graduation.

One of the factors that makes MJIIT UTM graduates highly sought by Japanese MNCs is their ability to communicate in both verbal and written Japanese. Via its Japanese Language and Culture Centre (JLCC), MJIIT UTM grooms students in Japanese language and culture, with emphasis on Japanese work values and verbal communication before exposing them to various mobility programs in Japan. One of the informal initiatives of JLCC is the Nihongo Café, where students can talk in person with Japanese guests in Japanese language.

Students are given the opportunity to apply their knowledge on 5S, Kaizen, Monozukiri, Senpai-Kohai, Ningen-Ryoku, Rinkoh sessions and other aspect they have learnt and acquired from lectures and lab exposures in MJIIT UTM and in selected programs in Japan which they participated before graduation. These special programs encompass paid internships in Japan, research activities with Japanese universities, student exchange programs, joint-supervision with Japanese professors in Japan, double-degree programs, Jukebox programs and collaborative international i-kohza programs in Japan.

The most popular initiative is the Sakura Exchange Program in Science, an opportunity for MJIIT students to be in Japan alongside selected Japanese university partners. Since the establishment of this unique program, hundreds of students have stayed with their Japanese counterparts in Japan for a minimum of 3 weeks to 6 months.

It is hoped that they would transfer what they have learnt in Japan to their local friends and network.

おめでとうございます Omedetōgozaimasu. Tahniah to all of you. May all your efforts be blessed and may you contribute back to our nation in what ever ways possible. 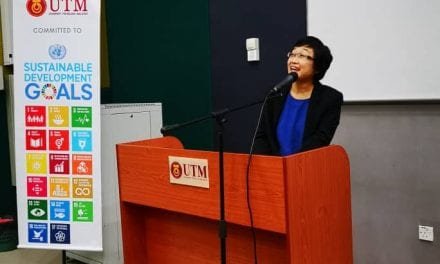 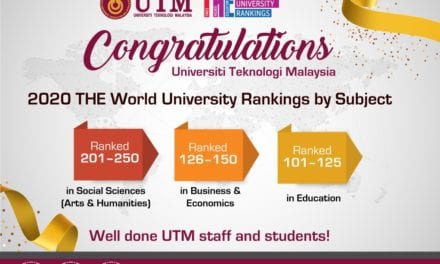 UTM is Now No. 1 in 3 Subjects as Ranked by THE