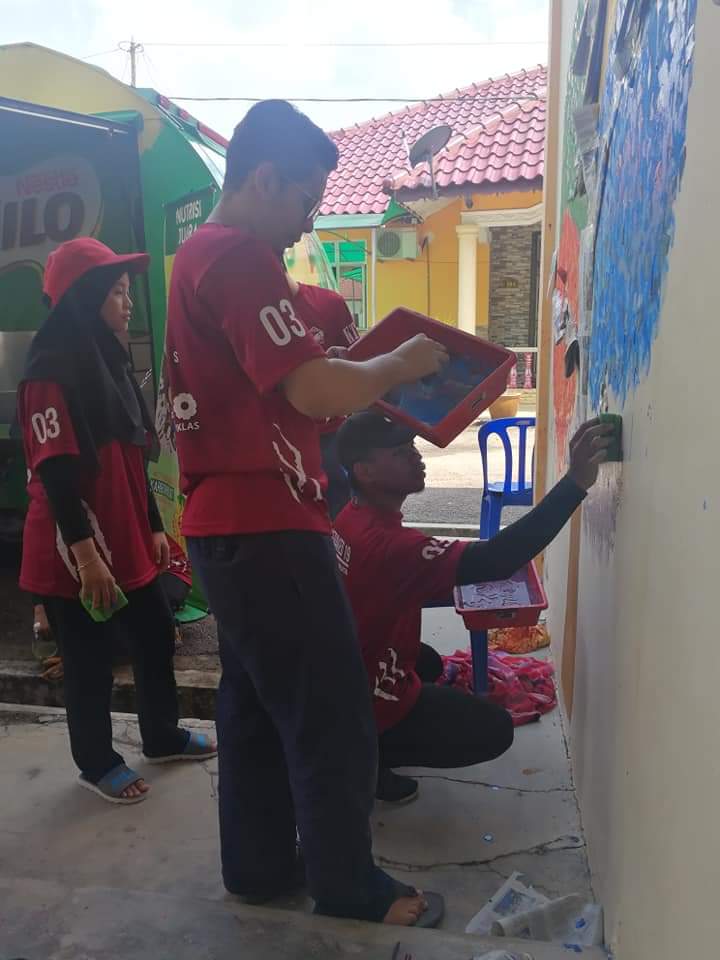 In attendance during the event were representatives from Pontian District Council Tuan Hj Mohd Ilham bin Mahujan and Encik Haniff @ Ghazali Hosman and representatives from Institut Integriti Kepimpinan Dan Latihan Semangat Dato’ Onn (IKLAS) Johor. KERAKED 2019 aimed at strengthening the bond of community with Ayer Baloi community.  It was also intended to expose our crew members to experience the Bugis culture. For the crews, they gained some knowledge and experience to reach out to the community.

The programme started off with a handover ceremony followed by a spiritual talk by Jimmie Iman Duke from Hidayah Centre at Surau as Siddiq Ayer Baloi. The next morning, the crews organised a ‘Leader in Me’ leadership workshop for 95 school prefects which aimed at boosting youths’ leadership development and prepared them to become future leaders. The workshop ended with a talk by a police officer, Inspector Mohd Fitri Azmi from the Pontian Police on measures to be taken to overcome social problems among youths.

A parallel activity KERAKED BERSAMAMU took place simultaneously where some of our KERAKED crew members together with the village representatives went around Parit Keroma to deliver boxed food items and gave out monetary contributions from donors. The village head of Kampung Parit Keroma identified a few households whom he considered as those in need of this contribution and led us to their homes.“Give a gift….Get a gift”,  is a Free Market event that took place concurrently. This was jointly organised by our KERAKED crew and about 100 Sekolah Menengah Kebangsaan Benut Form 6 students’ council. Everyone who came to the hall were free to choose and take home any items they like. We were very fortunate that crews from Adabi and Milo set up their booths where all the happenings took place. Adabi was kind enough to support us with drinks and food while the Milo van served us free, icy cold Milo.

A community mural artwork activity took place at Dewan Hj Sidek right after the team came back from KERAKED BERSAMAMU session. Led by Dr. Syed Muhammad Rafy Bin Syed Jaafar, KTR fellow and other KERAKED crew members, we worked on two wall sections of the hall with some mural art paintings.  The artworks that depict an in-depth meaning of what we hope for in the future, are named ‘the tree of life’ and ‘cooperation the key to success’. The students also conducted Treasure Hunt activities with the Form 6 students and sporting activities with the children of Kampung Parit Keroma and later a survival skill cooking competition with their foster families. Meanwhile the cooking crew took part in a ‘rewang’ session with the kampung folks. They were taught to cook chicken’ rendang’ and ‘burasak’, the Bugis dish in mass. The night ended with some colourful singing performances by our KERAKED crew members and Kampung Parit Keroma representatives.

Our final CSR day with the Ayer Baloi community was well spent with a STEM (Science, Technology, Engineering and Maths) activity that involved the primary school kids led by Nor Ain Husein and students from Faculty of Science and some KERAKED crew members. In addition to this, we have also partnered with UTM Health Centre who gave the community medical and dental examinations while Dr. Mohd Firdaus Akmal Bin Azman gave us a talk on ways to keep us healthy. Meanwhile, students from UTM First Aid course were also present to guide us on first aid response training.

All’s well that ends well. Our CSR program also put a lot of emphasis on volunteerism to engage our UTM community in making a meaningful impact to the rural community.  We left our footprints in Ayer Baloi but we keep in our hearts the memories we made. The students gained useful experience handling activities at Kampong Parit Keroma and it was indeed an experience that everyone will cherish for a long time. Thank you to all parties that made this collaborative effort possible. 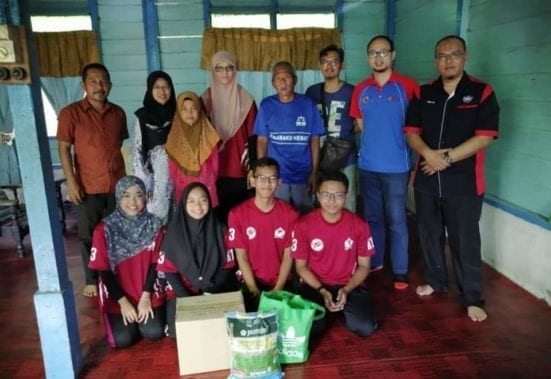 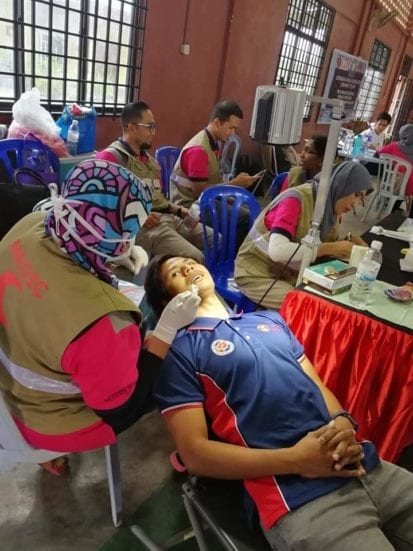 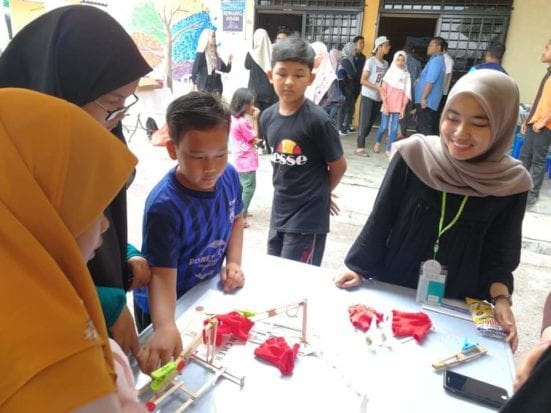 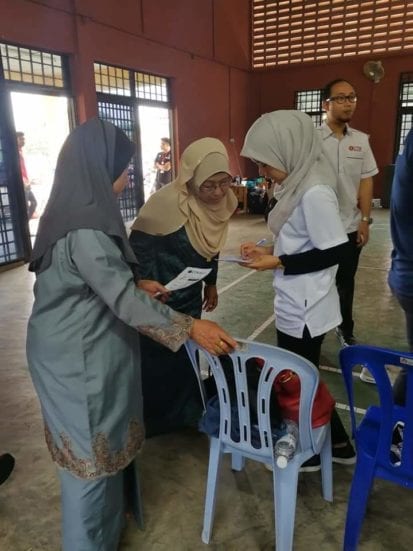 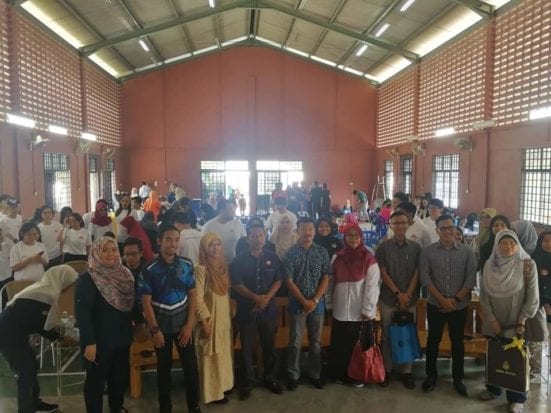 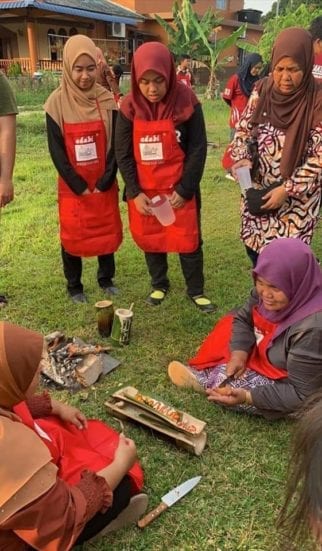 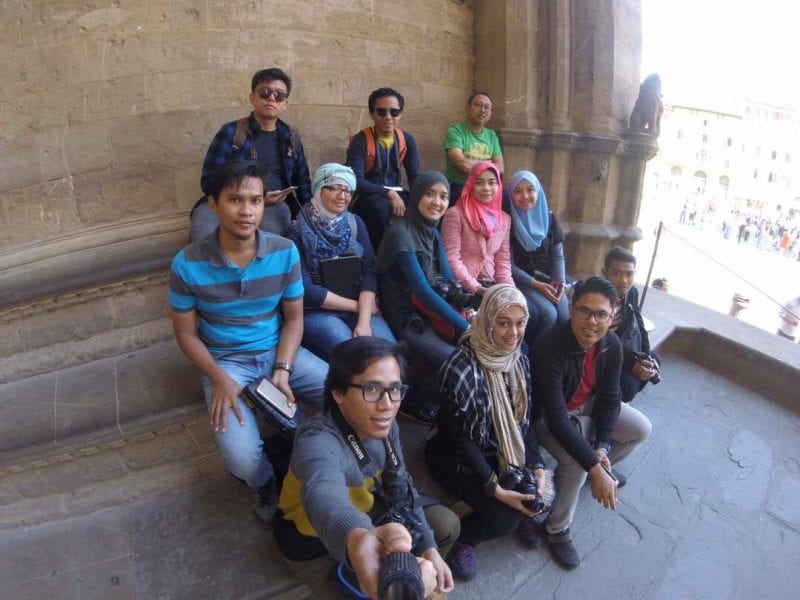 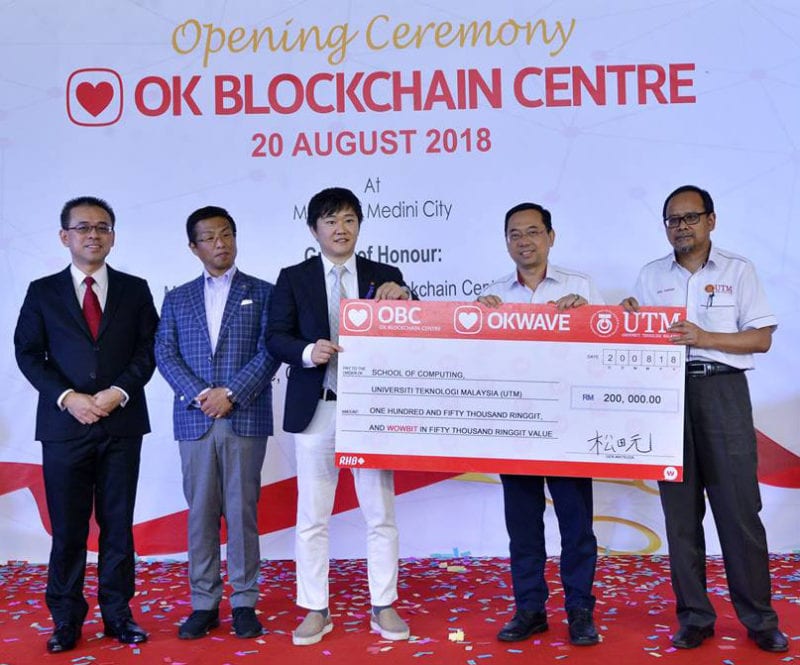 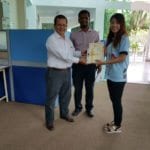 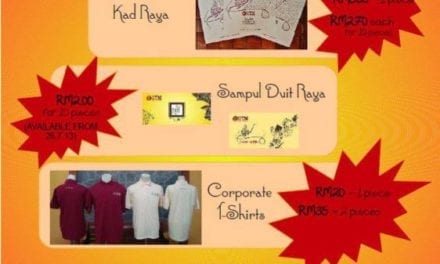