Azman Hashim International Business School (AHIBS) Global Dialogue that featured the Ambassador of the Republic of Turkey, Her Excellency Dr. Merve Safa Kavakci was covered by Bernama news. The program that attracted over 300 participants including ambassadors and diplomats from several embassies had provided a platform for humanitarian discourse that highlighted Turkish experience in facing the world crisis. It had attracted audience consisting of academics, students and the public who would not want to miss the chance of listening first hand from those ambassadors.

AHIBS Global Dialogue is an initiative aligned with UTM Global Plan 2012 – 2020 (PGU) designed to push UTM’s visibility and branding as a global institution.  The program is a regular series held every two months. Previously, it has featured the Ambassador of Hungary, the Ambassador of The Gambia, the High Commissioner of Pakistan, the Ambassador of Denmark, and the Brigadier General from the United States. Next Global Dialogue series will continuously feature interesting figures from high profile diplomatic officers assigned to Malaysia to speak about issues that can benefit bilateral relations and academic discourse.  The program is organized by the team at the Azman Hashim International Business School (led by AP Dr. Rossilah Jamil) and supported by UTM KL – UTM International office,  and UTM Office of Corporate Affairs. 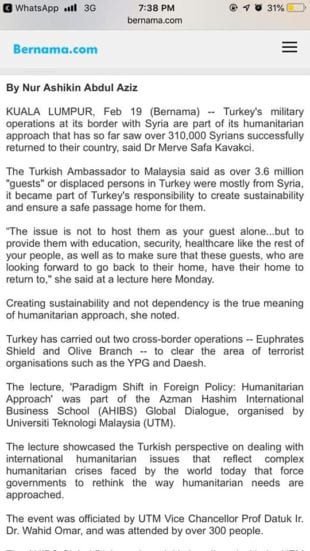 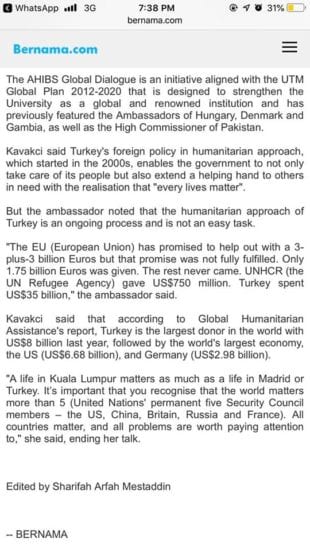