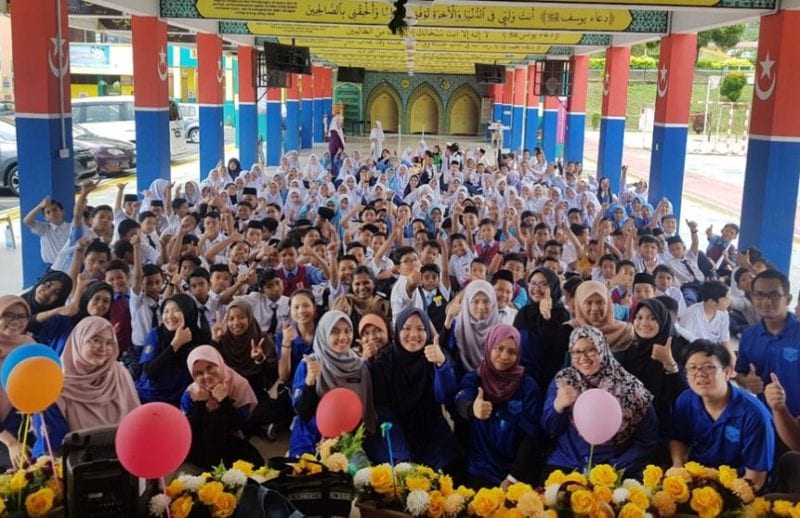 Fourth year students from School of Education UTM walked their way back to Sekolah Kebangsaan Kangkar Pulai and contributed to the school in the way they can.

Under the supervision of their lecturer of the Sociology and Professionalism subject, Mr. Shahrin bin Hashim, students from School of Education, specifically Bachelor of Science with Education (TESL) and Bachelor of Science with Education (Sports Science) students each displayed their skills and helped SK Kangkar Pulai in their journey to obtain the Anugerah Surau Imarah Sekolah-Sekolah (ASISS).

Indirectly, these actions have assisted the school to advanced into the top 3 finalists for the Anugerah Surau Imarah Sekolah-Sekolah.

The activities conducted by the students were the result of the meeting between the students and the school and was held in a series of event from 5 October to 18 November 2018.

The timing of the offer was on spot as the schools were entering the competition to get the Anugerah Surau Imarah Sekolah-Sekolah and the collaboration between UTM and SK Kangkar Pulai would increase their chances to get the award.

Aside from focusing on winning the award, the school would also like to make the collaboration meaningful in the long run, thus the English communication class, choral speaking training, team building and aquaponic project.

The school asked for English communication class because they wanted to increase their students’ competency in using the English language. Instead of taking English as a subject for exam, they wanted English to be utilized by the students as it will be beneficial in the long run. 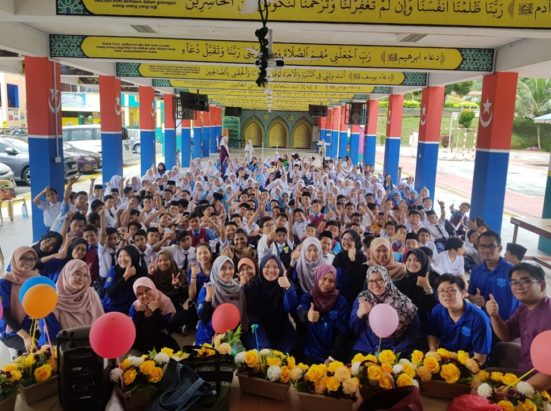 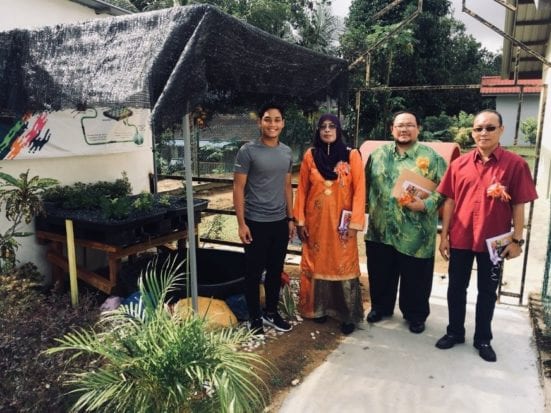 The headmaster and teachers of SK Kangkar Pulai 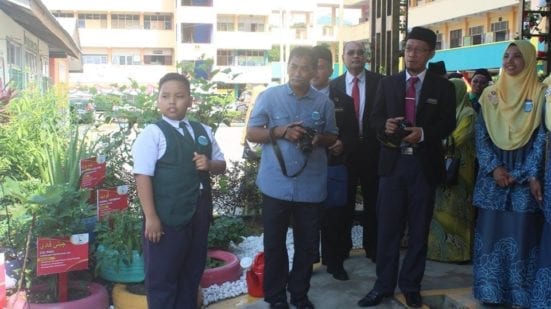 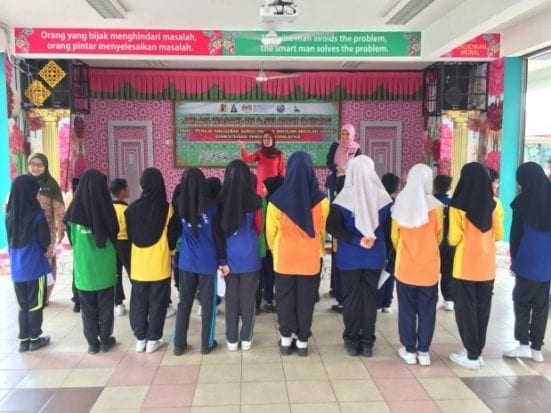 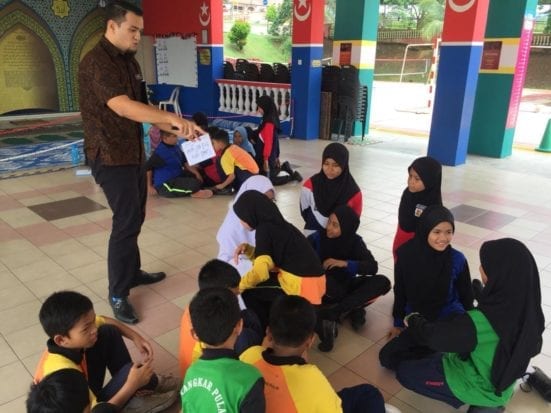 As for the Sport Science students, they proposed the aquaponic project because they wanted to show that UTM students are capable in various aspects. Aquaponic is a aquaculture system where fish rearing and hydroponic, which is soilless plantation, are combined.

This combination creates a miniature biodiversity where the fish excretion is absorbed by the plant as organic nutrients while the plants purify the water for the fish.

This project not only indirectly help the school in the getting the ASISS award, the school also participated in the program JOM HIJAU organized by Majlis Bandaraya Iskandar Puteri with this project. The aquaponic also received attention from other schools and officers from Majlis Bandaraya Iskandar Puteri as it can be a solution to reduce living cost.

According to Mr. Sharin bin Hashim, the UTM students did a very great job in contributing to the community and the school even though they did not receive much help from the faculty in terms of finance. He said that contribution can be in any form and the amount of money did not represent the amount of contribution.

The students’ action may seem small, but it has great impact to the students, to the school and to the community. This proves that UTM students are capable of contributing to the community with teamwork and creativity. 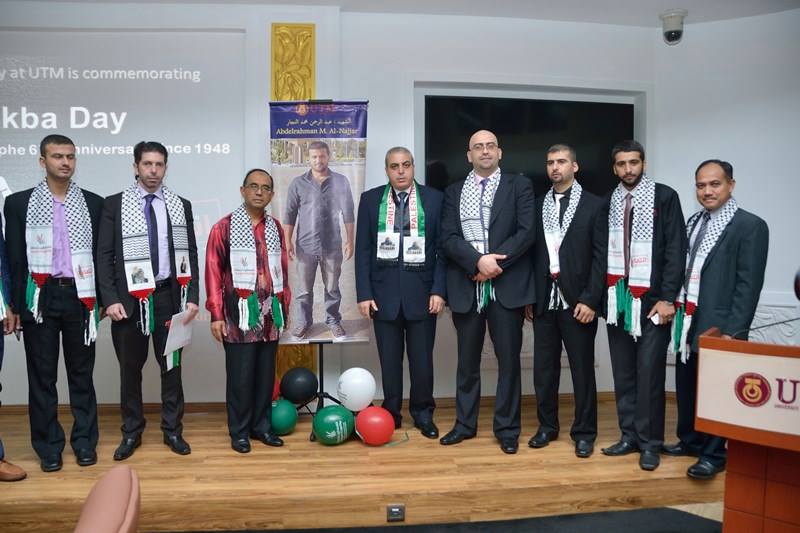 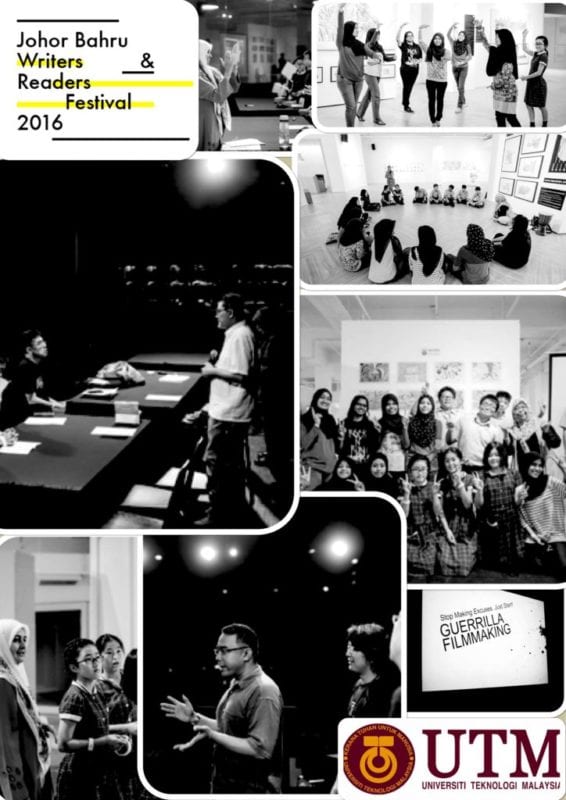 UTM at the Johor Bahru Writers and Readers Festival 2016 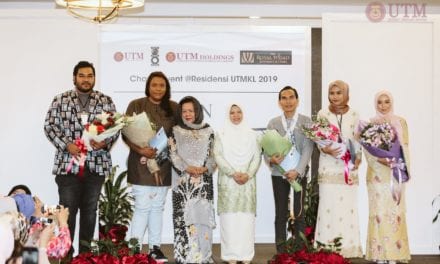 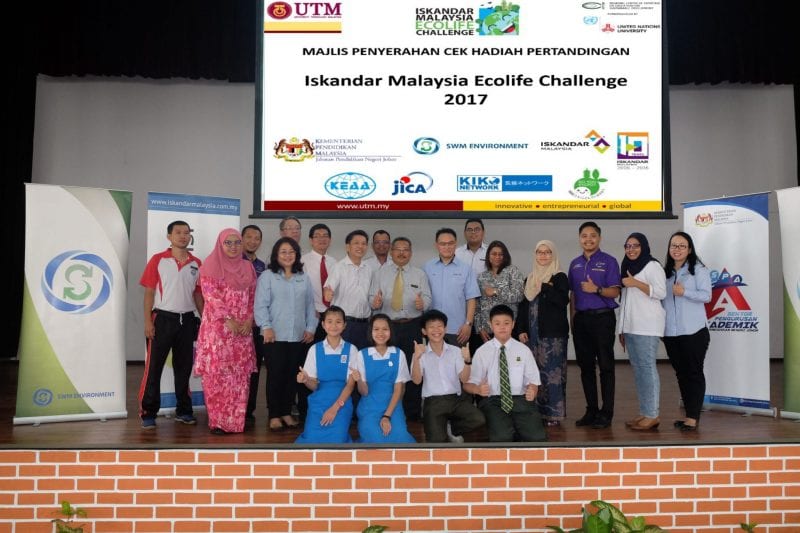