AFTER finishing Malaysian Higher Certificate of Education  (STPM), Yong Bang Xiang had a nine month break while awaiting local university undergraduate admissions.  During that period, he spent time exploring various skills such as building electronics project, programming, 3D modeling, and various other skills that piqued his interest.  It was during that time that he built his foundation of technical skills which would set him ahead of his peers and ultimately on the path to finding his passion in electrical and electronic engineering. Before entering university, he was offered Electrical and Electronic Engineering courses he wished for from two top local universities. With that, he surveyed and compared the two local universities and came to the conclusion that Universiti Teknologi Malaysia (UTM) was the best institution for engineering, especially for the innovation & robotics competitions it won and dominated.

It was at that time, he found out about a prominent lecturer in UTM, Dr. Yeong Che Fai who was very active in cultivating students toward winning innovation competitions. In addition, UTM also offered him the prestigious UTM Endowment Scholarship. Ultimately, Yong Bang Xiang decided to choose to enter UTM to begin his undergraduate studies.

Upon entering university, he prioritized joining UTM ROBOCON team who were the National Champion for many consecutive years. In addition, he joined the UTM Aces Toastmasters Club as he considered the importance of being balanced in both technical (ROBOCON) and interpersonal skills (Toastmasters). It was also during that time of his First Year undergraduate studies that he met Dr. Yeong Che Fai who gave him the opportunity to join his group.

In that group, he mingled with other senior students who were active in competitions and helped in boosting his maturity. He was also inspired by the entrepreneurial spirit of his mentor and group who were commercializing their research in university.

Eventually, he undertook his first project from Dr. Yeong which was “Virtual reality for stroke rehabilitation”. Under the mentorship, he went on to win various local & international competitions (Hawaii USA, Singapore, Indonesia). 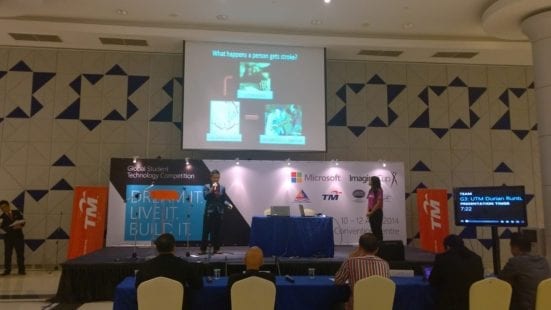 The list of awards he won during his university years are as follows: 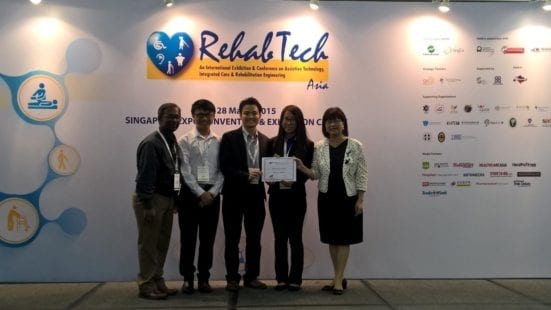 During his First Year of studies, he was spotted for his exceptional talent by Intel managers and was given the chance to undertake an internship in Intel, Penang. He was tasked to develop three different Internet-of-Things projects. Later on in his Third Year, he successfully applied for an internship in the one of the world’s most prestigious universities, the University of Cambridge.

During that time, he was positioned in the Department of Obstetrics and Gynaecology where he worked on developing three software programmes & mobile app projects for the benefit of doctors & pregnant women in hospital. The projects were successful and were applied for CE medical certification.

For his achievements and projects, he was often highlighted in newspapers namely The Star, Berita Harian, Metro, News Straits Times and Sin Chew. With UTM, he was also involved in the project development of Muar Digital Gateway (spearheaded by Dr. Norizah Redzuan, Dr. Intan Zaurah & En. Khidzir Zakaria) which won the Best District Research Project under Institute of Strategic Innovation Johor (IISJ). He was often invited by UTMTEC (now UTMXcite) as a judge for the pitching competitions held by UTMTEC. Currently, he is working as a researcher at the University of Cambridge in the Institute of Manufacturing, Department of Engineering in the Distributed Information and Automation Laboratory (DIAL) group under the leadership of Prof. Duncan McFarlane. He is also planning to further his studies at the University of Cambridge and build his own startup. He is extremely grateful for the knowledge and support he gained from family, friends and lecturers throughout his four years of undergraduate studies in UTM. He also expresses gratitude for the continuous support from UTMTEC staff who helped in logistics & financial support for participating in competitions.