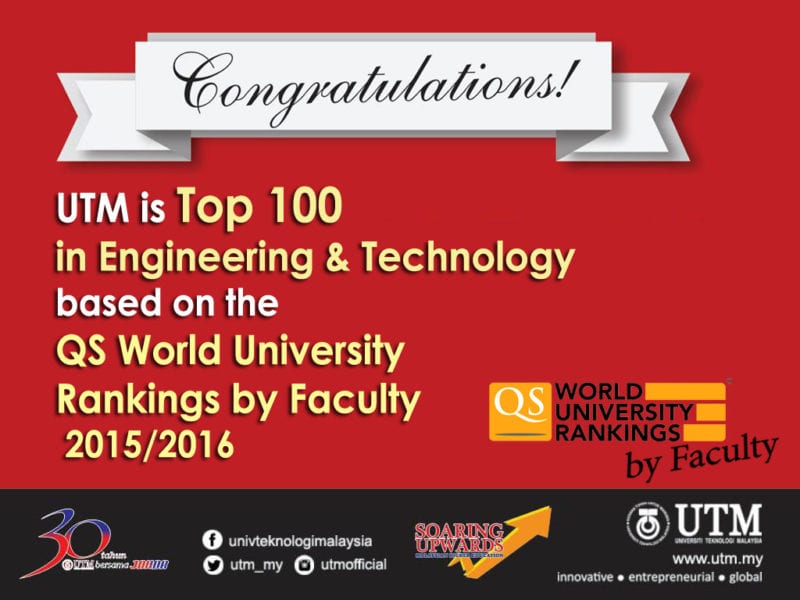 The latest 2015 Quacquarelli Symonds (QS) World University Rankings placed UTM in the 100th position in Engineering & Technology, which is an improvement of 34 places in comparison to the 134th ranking achieved by UTM in 2014. This achievement places UTM in good stead in achieving its 2020 Global Plan aspiration of becoming the Top 50 Engineering & Technology University in the world.

UTM continues to improve its ranking in engineering and technology as its research output has made a significant impact, not only among the international scientific community, but also the world at large.

This is evident from the data released by the QS World University Rankings which showed UTM’s paper publication to be above global average by 58.6% in Engineering & Technology. The statistics was based on publication appearing in Scopus indexed journals between 2010 and 2014, with self-citations excluded in the analyses. Citations for UTM’s published papers were also above the global average by 33.4% in Engineering & Technology.

UTM also enhanced its performance in the Social Sciences and Management ranking by soaring 72 positions, from the rank of 283 in 2014 to the rank of 211 in 2015.

It should also be noted that for the first time, UTM was eligible to appear in the Arts and Humanities ranking at the 372th position.

These achievements have positioned UTM as the top 3 Universities in Malaysia.

The slight drop in the overall ranking of UTM is not viewed as a setback, instead , it will act as an impetus for UTM to stive in enhancing its ranking position in future. With concerted and continuous effort from the entire UTM community in enhancing the knowledge culture ecosystem in UTM, based on sound principles of education, UTM is confident that it will be able to consolidate its position in future QS World University Rankings exercise.

The rankings for the 2015 QS World University Rankings exercise is based on responses from academics and employers around the world, as well as research citations, with a total of 3,539 universities evaluated and 891 ranked 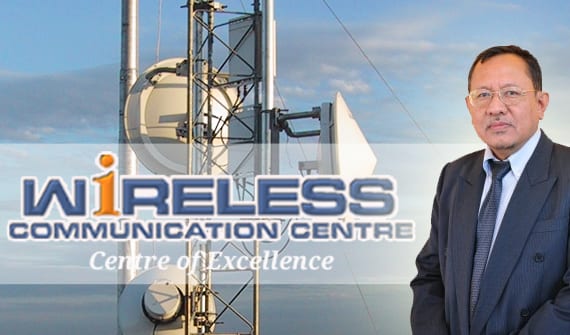 Congratulations to UTM WCC for being awarded HICoE status 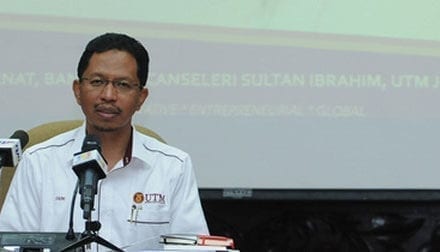 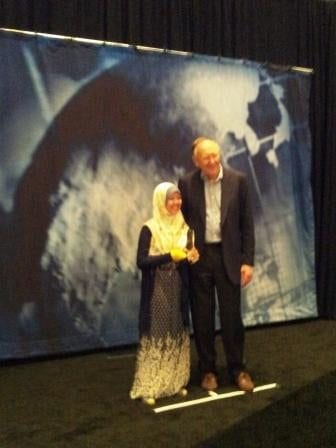 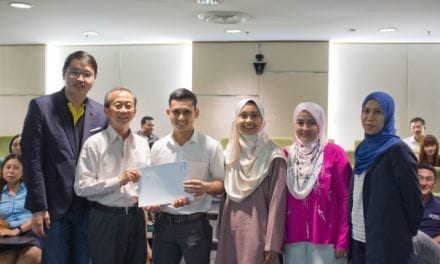