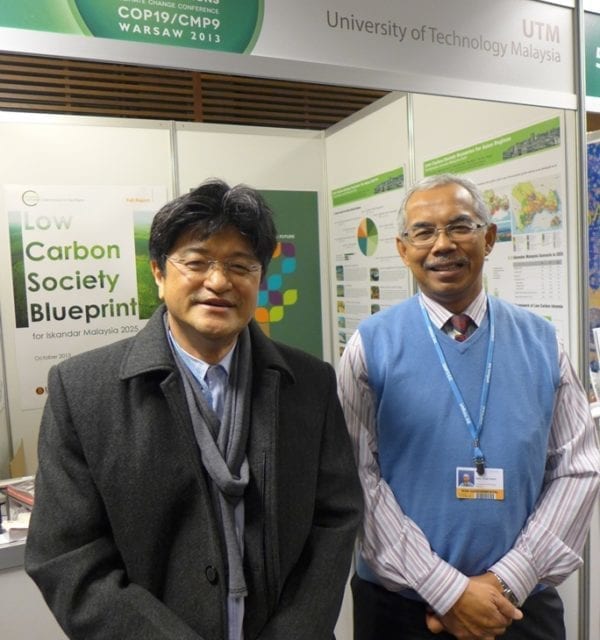 11-22 NOVEMBER 2013, NATIONAL STADIUM, WARSAW, POLAND – Universiti Teknologi Malaysia (UTM), through the UTM-Low Carbon Asia Research Centre based in UTM’s Faculty of Built Environment, has been admitted to the recently concluded COP 19 as Non-governmental Observer for the third consecutive year.

UTM has been the sole Malaysian institution of higher learning to have been granted the Non-governmental Observer status at the United Nations Framework Convention on Climate Change’s (UNFCCC) Conference of the Parties (COP) since COP 17 that was held in Durban, South Africa in 2011.

UTM stood tall among several world class institutions of higher learning at COP 19 this year, including Oxford University, the United Nations University, China’s Renmin University and the University of California, among others.

As in the past years, UTM’s presence at COP 19 was felt through the holding of a successful Side Event on November 18, 2013  that attracted about 80 attendees.  At the side event, a few significant research, policy and implementation plan documents were launched to the international audience, including the:

Apart from the Side Event, UTM also put up an exhibition booth that served to internationally publicize UTM and the UTM-Low Carbon Asia Research Centre, and disseminate the outcomes of, and experiences gained from, the low carbon society research that has been running for the past couple of years, and which is nearing the completion of the full ‘research to policy to implementation’ cycle.  The exhibition booth received an average of 100 visitors a day, attesting to the interest that the unique ‘research to policymaking to implementation’ project was generating among the global research and policymaking communities in the field of climate change mitigation and sustainable development.

The UTM delegation was also invited to be present at two of the Japan Pavillion’s Side Events on 18 November 2013, in which the successful partnership under the SATREPS framework between UTM and renowned Japanese research institutions (Kyoto University, the National Institute for Environmental Studies, Okayama University) in LCS research in Iskandar Malaysia, Putrajaya and Cyberjaya was also highlighted. Prof. Dr. Ho Chin Siong was an invited speaker at one of the Side Events, alongside the Vice Minister of Environment of Japan, Mr. Shiraishi Junichi and the Secretary  General of the Ministry of Energy, Green Technology and Water (KeTTHA), Mdm. Datuk Loo Took Gee. The success of LCS Project UTMand partnership with  Iskandar Malaysia again attracted significant interest from the international audience in the Side Events. 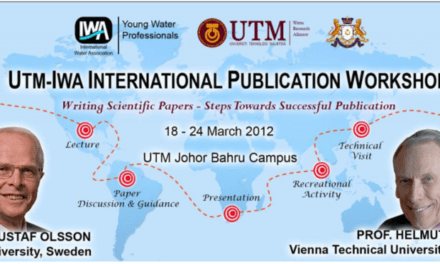 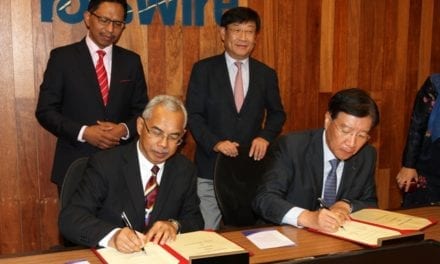 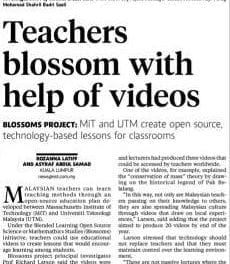 Teachers blossom with help of videos