Work in progress for varsities

Work in progress for varsities

Universities have drawn up their own goals and objectives in their quest to transform and excel.

CHANGE is never an easy process, especially so within the hallowed hallways of an academic institution.

This was exemplified in the recent controversy in Universiti Malaya (UM), where staff dissent over the administration’s new policies were splashed across the media and attracted strong emotions from both academic pundits and the public.

Green plan: UPM’s transgenic green house provides an avenue for its academics to conduct research on the production of transgenic plants involving the diffusion of foreign genes or genetic material.

The main contention was the perception gap between UM’s goal of breaking into the top tier of the international rankings, and the practical realities their staff had to deal with.

This week in part two, StarEducate takes a look at challenges, approaches and hopes of the country’s other four research universities in their transformation quests.

Like UM, Universiti Kebangsaan Malaysia (UKM) aspires to achieve high standards in a relatively short period of time, and aims to be a world-class institution by 2018.

However, UKM vice-chancellor Prof Tan Sri Dr Sharifah Hapsah Syed Hasan Shahabudin is quick to point out that university rankings are not the goal of the institution’s transformation.

“They (rankings) can be an outcome.

“The goal must always be academic excellence in producing graduates appropriate for now and the future, as well as to contribute new knowledge and technology for sustainable socio-economic development,” she explains.

When elaborating on UKM’s plans in 2009, Prof Sharifah Hapsah used the analogy of a seagull in flight to describe the overall tone of the varsity’s ambitions.

“Imagine UKM as a bird which is flying high, as this means the university is focused on what its doing and where it is going,” she said in her special lecture then.

The body of the bird is what the university represents — the main processes at the university such as research, education, service, an efficient delivery system as well as transformation machinery and empowerment, while its wings represent the projects under its eight niche areas.

Furthermore, another focus of the university is on cultivating academic enterprise, to help the country’s goal of establishing an innovation-led economy.

As Prof Sharifah Hapsah wrote inStarEducate last week under the heading “A culture of academic enterprise”, UKM is making headway in this area through its collaborations with experienced international partners such as the Stevens Institute of Technology of New Jersey.

From the first year right through the final year start-up project, students will have experience in bringing a research concept to product, leading to revenue generation.

They will also have the opportunity to work with small medium enterprises (SMEs) and to solve real-life problems by addressing market needs,” she said in the article.

But in order to achieve results, Prof Sharifah Hapsah emphasises the need for good governance, a strong leadership and effective talent management.

“You can have all the bright ideas in the world and the best of intentions, but if you don’t pay adequate attention to these three elements, you are not going to go far.

“Staff and student buy-in is also important because you can’t transform an institution all by yourself,” she says.

“When someone disagrees with me, I put them in charge of the issue at hand – we want constructive criticism because that’s the only way ideas can grow.

“For us to move forward, there needs to be a constant process of dialogue to ensure that we have the best methods to go about implementing our plans,” he says.

“Academic and non-academic staff who submit good practical ideas will be given special recognition during our monthly address event, and have their ideas taken up for implementation,” he says.

Towards entrepreneurship: Higher Education Minister Datuk Seri Mohamed Khaled Nordin standing with a document in hand, and Prof Sharifah Hapsah (next to him), at UKM’s Eco- Trade Terrace, which allows students to run commercial activities on campus.

While other universities do set academic staff key performance indicators (KPIs) based on their fields of specialisation and study, UTM has an extra category for age.

“Within the divisions of study areas and competencies, we also have different sets of KPIs for those aged 48 and below, and those aged 49 and above.

“So for instance, while the younger academic may have to achieve the target of 25 publications a year, his older counterpart will only have to write 15 papers.

“The reasoning is that the younger group can better afford to adopt to new criteria at this stage of their careers.

“Also, the more senior academics, those who have been in the system for over 20 years, have contributed to the university in the past in their own ways – and we do not want to suddenly place undue stress on them,” explains Prof Zaini.

He adds that whatever the grand goals of a university’s transformation plans, operational changes should not be implemented in a drastic and sweeping manner.

“For example, one issue we have with some of our staff, the non-academic ones in particular, is their poor command of the English language.

“While we remind them to improve and offer English coaching and support classes, we chose not to make a blanket rule to impose it upon our staff.

“Instead, we used indirect measures such as making it compulsory for non-academic staff to undergo English language training if they wish to use university facilities – I think this approach has worked well for us,” he says.

Dr Radin Umar: Industry needs have changed and we have to move along with the times.

Aside from being the first institution in Malaysia to gain the coveted Apex (accelerated programme for excellence) status in 2008, Universiti Sains Malaysia (USM) also stands apart for the supposed rebellious ideas of its vice-chancellor, Prof Tan Sri Dzulkifli Abdul Razak.

A fierce critic of international ranking exercises, Prof Dzulkifli has time and time again challenged the definition of “world-class” and questioned the relevence of current-day universities to the improvished masses of the world.

Illustrating this is a common refrain he brings up in many of his public lecturers, as he did during his session at the British Council Going Global higher education conference earlier this year: “In our world of six billion people, some four billion are living on less than US$3 (RM8.90) a day – if our universities are not prepared to deal with this bottom half and only want to cater to the privileged few, then we have become irrelevant.”

The apex is one of the important initiatives under the National Higher Education Strategic Plan, and affords selected universities the autonomy to put in place the best leaders, faculty, students and facilities – and of course, additional funding. Writing in his report titled In Search of A World-Class University of Tomorrow: The Importance of The Apex Initiative, Prof Dzulkifli sumed up how the university’s transformation plans and the apex are linked.

“(The) Apex is an excellent platform to depart from the ‘old’ rhetorical thinking, while at the same time encouraging the need to ‘think-out-of-the-box’, which to us, is related to ‘sustainability’ and ‘sustainable development’,” he wrote.

He further added that USM’s transformation in the context of being an Apex university is premised on delivering ideas for the future, uniqueness, sustainability, social well-being, transdisciplinary collaborations, and intellectual altruism.

It is easy to discount all of these as idealistic philosophy, but the university has produced tangible results.

Examples of USM’s initiatives include the development of rapid and cost-effective test-kits for diseases such as filariasis, cholera and melioidosis; challenging global migration theories through the discovery of perhaps one of the world’s oldest settlements in Perak; and carrying out music therapy for children with cerebral palsy.

The varsity has also developed the world’s first multimedia system that teaches Malay Braille to the sighted.

As Prof Dzukifli stressed in an e-mail response: “‘Challenge the status quo’ is our credo – if we want to buck the trend and make a paradigm change. Apex is about the future not today.”

True to the cause

Once the agricultural arm of UM, Universiti Putra Malaysia (UPM) has evolved tremendously over the decades.

A harmonious approach: Among some of USM’s community-based initiatives is its research on music therapy for spastic children.

However, its vice-chancellor Datuk Dr Radin Umar Radin Sohadi believes that the varsity has never strayed from its roots.

This, he says, is evident as six of the varsity’s nine centres of excellence focus on agriculture and more than 900 research papers last year – published in high impact journals – were agriculture specific.

“UPM, like other public varsities, must transform and the university is focusing its efforts on national issues like food security,” he says.

By adopting a multidisciplinary approach which sees a fusion between the varsity’s Agriculture, Engineering and Business faculties, among others, Dr Radin Umar believes that UPM will play a pivotal role in Malaysia’s quest for self-sufficiency.

It is, after all, the varsity’s signature project and UPM has obtained RM10mil from the Government to fund various projects.

Dr Radin Umar explains that the varsity’s labs are currently looking into a myriad of factors including the disease resistant traits of padi, nutrient science to increase padi yield and models of precision farming, among others.

“Mechanisation is pivotal to meeting this national need and we can learn from the Dutch who have set the example with high tech agriculture,” says Dr Radin Umar.

“Industry needs have changed and we have to move along with the times. Back in the day, the focus was on educating landowners but it’s all about solutions and innovative products now.”

Prof Zaini: … we want constructive criticism because that is the only way ideas can grow.

Despite the challenge, Dr Radin Umar is quietly optimistic as the varsity has already struck gold as far as innovation is concerned.

A Halal tool kit and database has been developed, allowing researchers to detect whether foods are Halal within 30 minutes and this bodes well for UPM as the project was designated by the Economic Planning Unit and the Higher Education Ministry.

“Many parties have expressed interest in the commercialisation of this kit and we are currently working with one based in the United States.”

As Malaysia aspires to be the world’s Halal hub, such innovations go far to boost UPM’s profile and the varsity could have an increasing role to play as bodies like the National Fatwa Council frequently refer to the UPM database.

The vice-chancellor confirms that efforts are ongoing in the area of enzyme development to reduce Malaysia’s dependence on imports. 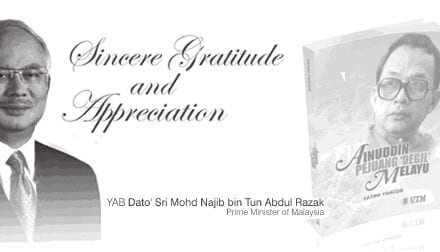 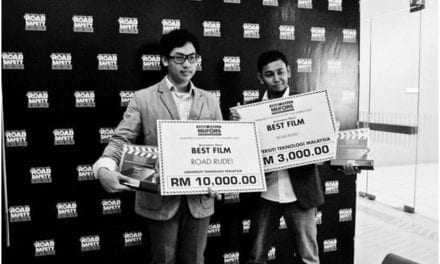 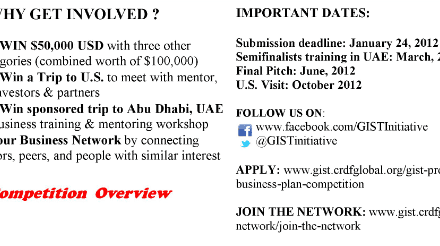