He also witnessed the strategic alliance signing between the respective partners and Unit InovasiKhas (UNIK), which comes under the purview of Prime Minister’s Office to commercialise the ventures and reiterated that innovation is an integral component of the Government’s aim and objectives in laying the foundation for Malaysia, 2021 and beyond.

UNIK is a one-stop centre to formulate policies and strategies aimed at creating a conducive ecosystem to propel development and innovation in Malaysia.

Eight projects that originated from research at public universities provided a glimpse of the expertise that lies among Malaysian scientists and more “gems” are expected to be discovered and commercialised.

The innovation eco-system projects launched would create the environment for innovation to thrive and prosper, benefitting sectors such as education, higher education, industry and entrepreneurship.

The projects have been divided into three categories-New Wealth Creation, Intellectual Property from Universities & Public Research Institutes and Eco-System Initiatives.

Under the New wealth Creation segment there is one Strategic Impact Project which is the Oil Palm Biomass roadmap to Malaysia and four Ground-Up projects – electricity from every window, energy dashboard for energy management for the future, enabling small business to go cash- less and cutting edge technology for the LED industry. The global market for this sector is estimated to be US$472 billion (RM1.46 trillion).

The improved performance characteristics include: High gain and efficiency; Low profile, compact and elegant construction design flush against roof or wall; and suitable for satellite and ground based communications. Its applications include: a more efficient receiver for satellite signals; rural or scattered internet and wireless telephony; and long distance data, voice and video communication.

The flat antenna has been installed and demonstrated successfully on UTM’s campus with a complete monitoring system. With the assistance of Innovation and Commercialisation Centre (ICC) UTM, the flat antenna has been successfully commercialised on several locations which includes: SIRIM Bhd., UPM-MTDC. UKM-MTDC and UTM-MTDC. The global market value is estimated to be US$ 13 billion (RM 39 billion).

The others are Carbon Fibre Products by SIRIM; Painticide, developed by the Institute of Medical Research; polymerase Chain Reaction by USM; Pelvic Binder by UKM; NaturalMedicine for Cervical Cancer from UPM and Quick Diagnostic Kit for Denque from UM. The global market for the ventures initiated by universities and public research institute is  said to amount to US$101 billion (RM316 billion) globally.

Under the Eco-System is a project undertaken by the Malaysian Productivity Corporation (MPC) and UNIK to match the needs of large private companies with existing capabilities and facilities in Malaysia.

R&Ds were conducted by five public universities and two research institutions, namely UniversitiSains Malaysia (USM), Universiti Malaya (UM), UniversitiKebangsaan Malaysia (UKM), Universiti Putra Malaysia (UPM), UniversitiTeknologi Malaysia (UTM), Sirim and Institute for Medical Research (IMR).A total of 1,100 R&D findings were submitted by the universities to UNIK , but after much analysis and shortlisting processes, only 113 were identified and 18 technologies from UTM to have high potential to be commercialised.

1.         Innovation has been identified in the Tenth Malaysia Plan (RMK10) and the New Economic Model as a strategic catalyst to propel Malaysia towards achieving the objective of being a high income and developed nation by the year 2020.

2.         AIM is established through the provisions of AgensiInovasi Malaysia Act 2010 [Act 718] to formulate the strategies towards enhancing the national innovation eco-system and creating new-wave wealth from innovation.

3.         UTM is a university established by virtue of the Universities and Unversity Colleges Act 1971, is an innovation-led Research University and a leading research-intensive university in engineering, science and technology. UTM’s mission is to lead in the development of creative and innovative human capital and advanced technologies that will contribute to the nation’s wealth creation.

(i)             stock-take and analyze the various intellectual properties residing within selected public universities and public research institutions in Malaysia; and

(ii)         identify selected strategic and viable innovations resulting there from for accelerated advanced development and/or commercialization.

6.         UNIK has on 20 December 2010 initiated the National Intellectual Property Census with UTM where the Phase 1 exercise was recently completed on 8 April 2011.

7.         Thereafter, AIM shall take over and continue further from the groundwork established pursuant to the IPR census initiated by UNIK. Moving forward and subject to further agreements between the Participants, selected and relevant provisions of the Agensi Inovasi Malaysia Act 2010 may be leveraged upon to further the cause of innovation.

UTM and AIM, from time to time in force in each jurisdiction, agree to strengthen, promote, co-operate and mutually assist each other in the respective functions towards accelerating the advanced development and/or commercialization of innovative products pursuant to the various intellectual property rights owned by UTM.

For purposes of communications or notices with respects to this MOU, the correspondence shall be directed to the following representatives: Workshop On Energy Manager Certification Under The Aemas And Energy Commissioner 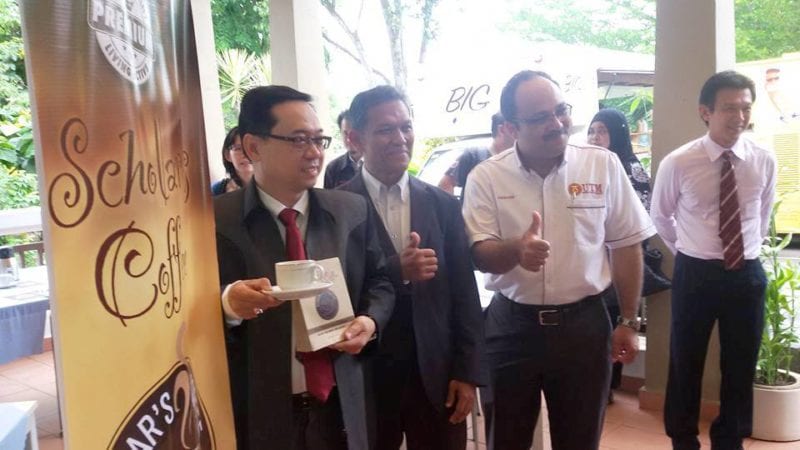 Wellness Carnival to bring the community closer with IBDUTM products