Johor Bahru, 11 June – Universiti Teknologi Malaysia (UTM) has improved its standing in the 2013 edition of the QS Asian University Rankings (QS AUR) as it moved six spots upwards to the 68th position, as compared to 74 casinospel
th in 2012.

A detailed report of the benchmarking exercise revealed that the UTM leads the country in terms of the number of international students recruited and the total of outbound students participating in exchange programmes. It also ranked second in terms of inbound exchange students and 4th in employer review and faculty-to-student ratio.

At the Asian level, UTM is recognised as the top university in Malaysia and one of the Top 50 universities for engineering and technology, sitting at the 45th position among universities rated in the region.

Despite scoring well in all aspects measured under the benchmarking exercise, areas requiring greater attention by the university are the number of scientific publications and citations per faculty.

Delighted with the university’s performance, former Vice Chancellor, Prof. Dato’ Ir. Dr. Zaini Ujang commented that the results of the benchmarking exercise is a reflection of the right direction UTM is heading in terms of its efforts in emphasising research-focused alignment in its core operations.

UTM is now a graduate-focused university with 53% of its student population consisting of postgraduate students, the highest in Malaysia. The number of postgraduates enrolled in PhD studies in diverse fields of specialization is 4,455 students, which is the highest in the region and among top ten in the world. This has made UTM a vibrant and dynamic centre for research and development, as well as commercialisation activities.

The results are also a reflection of the hard work and effort of the university community in enhancing UTM’s global reputation in a highly competitive higher education landscape. He congratulated the students and staff for the university’s improved standing in the Asian region.

While rejoicing at the university’s performance, Prof. Zaini reminded his colleagues of the university’s longstanding vision in becoming one of the Top 50 universities in science, technology and engineering by 2020.

The university would still need to work harder to increase its output in research, in particular the high impact publications and citations. He expressed optimism that the current efforts in intensifying research, such as the increased enrolment of PhD students will facilitate the university in inching closer to the collective target set under its Global UTM 2020 institutional strategic plan.

Prof. Zaini started his appointment as the Secretary General 11 of the Ministry of Education on Monday. Prof. Ir. Dr. Mohd Azraai Kasim, who is the Deputy Vice Chancellor (Research and Innovation), will take over his role until a new UTM Vice Chancellor is appointed. 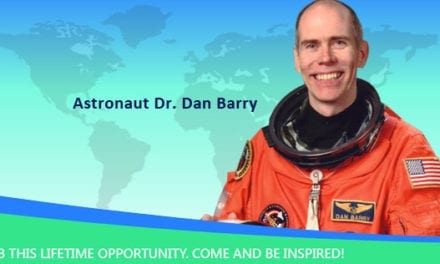 Astronaut Dr. Dan Barry: choose what you love to do 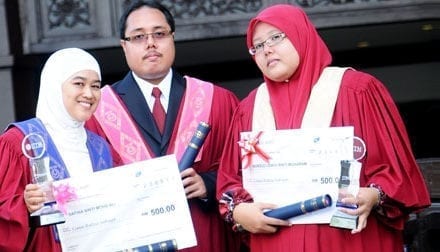 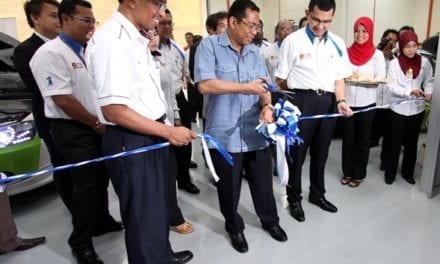